Home / Our Blog / Sustainability in the Speciality Coffee Industry: The Cost of a Cup

Sustainability in the Speciality Coffee Industry: The Cost of a Cup 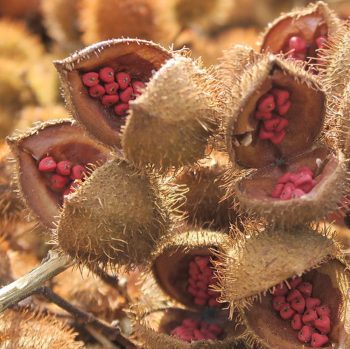 It’s hard to pin down exactly when it happened. The word ‘sustainable’ used to market everything from new types of packaging, clothing and homeware. An explosion of articles and documentaries on how you yes, you can make life altering decisions for the good of the planet. We swapped plastic straws for ones with absolutely no structural integrity. We shop locally, we recycle, we eat less meat. In a world where there’s so much emphasis on sustainability, we ask what this means for the Speciality Coffee industry; how far it’s come and what we can do to improve things.

Arabica and Robusta: Their roles in the Speciality Coffee industry.

When you think that more or less the entire global production of coffee relies solely on the stability of just two species, it can start to feel fairly vulnerable.

Especially when you consider how increasingly susceptible those two species are to changing environmental factors. For example warming temperatures continue to narrow the range of each variety further

Although it accounts for almost 70% of global coffee production, Arabica is notoriously delicate. It’s highly sensitive to environmental changes and prone to a disease known as ‘leaf rust’. It can be found growing in ‘The Bean Belt’ a narrow strip stretching from the Tropics of Cancer to Capricorn, providing an optimal temperature range (65 – 70°f) and perfect altitudes where they’re exposed to sunlight and rainfall. Arabica beans have a clean and floral taste profile with high acidity and they’re typically grown at higher altitudes. Varieties include: Typica, Bourbon, Cattura, Catuai, Pacas and Mundo Novo.

Robusta accounts for 30% of global coffee production. It’s more tolerant to heat than Arabica, but is susceptible to lower temperatures. As leaf rust started to take a hold of Arabica crops, the production and demand for Robusta started to increase. Generally speaking, Robusta is cheaper to grow and procure, but that’s not to say it’s lower quality- but rather as the name suggests, the plants are more robust and resistant to disease.  In contrast, Robusta beans have a rich, earthy characteristic with low acidity. This produces a dark and heavy crema.

Climate Change and its effect on coffee plants

Around 95% of the time, Arabica is a self-pollinating plant, shedding pollen directly onto its own stigma. This means that it doesn’t have to expend energy into attracting pollinators and can spread beyond the areas where suitable pollinators can be found. However, this means the plants are less resistant to disease and are genetically weak- unable to withstand / adapt towards the changing climate and diseases. One of the diseases known as ‘leaf rust’ completely wiped out Arabica production in Sri Lanka in the late 19th Century and continues to threaten Arabica elsewhere.

In short, the more genetically diverse the plants are, the greater the chance they have of adapting and remaining stable. Also, with diversity comes beneficial traits for when the product goes to market. For example, crops that have a higher and faster yield and are more resistant to disease; not to mention the unique and high-quality taste profiles that emerge from them. These factors satisfy not only the farmer, but the consumer at the end of the journey.

However, this is challenging for multiple reasons. One of which is rising global temperatures continuing to threaten coffee production, as the plants need such specific conditions to grow. One study from 2014 suggests that by 2050, almost half of the suitable coffee growing regions could be lost to the climate crisis. As coffee plantations have an average lifespan of between 30 – 50 years, this is already a significant concern. Notably, the crisis has a more profound impact on coffee growing at lower altitudes. Adaptation methods such as breeding for stress can take years, if not decades to implement. By the end of this century we’re at risk of losing the Arabica variety, and the ability to grow it naturally, completely.

While the loss of coffee won’t necessarily cause mass economic downfall, it could to the 100 million + who farm it, process it and otherwise rely on it as a gross domestic product (Uganda, Nicaragua). Not forgetting those who rely on it not only for their livelihoods. For a lot of coffee-producing countries, it’s a product that’s firmly rooted in the culture of small communities and the families within them. For example, the region of Kaffa in Ethiopia has an incredibly strong coffee heritage. It’s drank multiple times a day by adults, sipped infrequently by children from the moment they can walk and talk. Roasted beans are snacked on, coffee leaves are used to create tea-like infusions. It’s a product of true sustenance and importance. As it is globally, an estimated 2 billion cups are drunk daily.

It’s hard to say for definite if or when Arabica and Robusta will disappear. It’s even harder to cultivate a product that’s as stable as we need it to be, in the short space of time we have before the Arabica shortage becomes irreversible. However, there are solutions available to help coffee farming move forward and become sustainable in the long term.

A coffee variety that’s dark purple / black in colour once ripe and even hardier than Robusta. Judges in a blind taste test couldn’t distinguish it from Arabica, possessing the same high quality and nuanced flavour profile. What’s more is that the species can tolerate an average annual temperature of 25°C (18 °C-21 °C for Arabica comparatively) However due to the sparsity of the Stenophylla plant and the time and resources needed to create a stable to supply, achieving large scale cultivation could take up to 25 years.

An ecological concept that involves growing coffee alongside other plants and produce, mimicking the growing process in the wild and is a concept that’s been around for thousands of years. It has huge environmental benefits for farmers as well as providing the necessary crop diversity. It’s suggested that implementing the concept of Agroforestry more widely could minimise the effects of climate change, cooling the surrounding air and in turn creating a stable environment for the not-so-stable Arabica species.

In the Cerrado Mineiro region of Brazil lies a farm with a brief history (family owned and ran sine 2016) and exciting future. Not only does this farm produce one of our highest quality Single Plantation coffees, it is also fully committed to sustainability, in both an economic and environmental sense.  Their goal is to build a balanced, resilient and fair production environment, the result of which will be lowered maintenance and production costs. Cultivating a healthier crop that is much less vulnerable to pests and diseases, and provides significant carbon sequestration (The process of capturing and storing atmospheric carbon dioxide)

Since the family acquired the farm in 2016, they’ve worked alongside ReNature, an organisation that supports farmers with regenerative agriculture. Their mission is to regenerate 2% of the world’s total farmland by 2030. Fazenda Tres Meninas acts as one of their leading models in the future of coffee farming that shows that coffee farming can be both sustainable and profitable.

Their regenerative, clean and carbon-negative approach to agriculture serves as an incredibly successful precedent to the other 4500 coffee producing farms in the Cerrado Mineiro region. Their ultimate goal? To completely transform the landscape of the region and encourage the neighbouring farms to do the same.

What Happens On The Farm?

Alongside the production of coffee, they’ve also implemented Agroforestry and are aiming for a slow and steady renovation of the coffee plantations to create more resistant varieties.

In 2019 the farm sequestered more carbon than was emitted, a positive balance of more than 5 tons of carbon per hectare. According to Imaflora (Brazilian NGO agricultural network) Fazenda Tres Meninas is part of the top 5% of the most sustainable coffee farms in the world.

Since 2016 more than 3000 trees have been planted on the farm. This is soon to increase further, as is their use of cover crops (crops that are planted to provide shade for the soil rather than to be harvested.) Cover crops result in milder and more stable temperatures and in turn create a healthier micro climate. They also act as a barrier against wind, reducing the need for irrigation and saving water.

Naturally processed: The cherry is dried with the layers and mucilage intact; the bean starts to ferment in its own environment. This helps to bring out the natural sugary and fruity characteristics.

In the cup: We think there’s initial notes of pineapple and limoncello, with a creamy toffee-like sweetness that’s enhanced beautifully when drunk with milk.

Ways You Can Enjoy Your Coffee More Sustainably

Circular & Co’s reusable cups are manufactured in the UK and made from 95% recycled material (single-use paper cups) These travel mugs are a first of their kind. They’re also BPA and Melamine free so are perfectly safe to drink from. There’s a colour combination for everyone!

The Steel Toe 3.0 starts off as a 20oz cafetiere. However once plunged it becomes a travel flask that you can drink from all day long. It’s constructed from double-walled, vacuum sealed stainless steel and like the Circular & Co range, is completely BPA free. You can brew your coffee wherever, whenever. Read more about this exciting and unique product below.

Arguably our most traceable coffees, Single Plantation beans are sourced seasonally from individual farms. ‘Microlot’ is a term used to describe coffee from a single part of a farm, or from a singular harvest. The farms are often run by families or legacy growers and achieve incredibly high SCA scores. Typically, Single Plantation coffees have a unique and nuanced flavour profile and work well for both filter and espresso methods.

Our Best Of Colombia bundle is a great example of this, Cedro Alto are a collective who look after coffee farmers across Colombia and assume financial responsibility on their behalf. This acts as a safety net in case of adverse weather conditions or other factors that could lead to a lower yield. They also have very strict environmental criteria and implement business strategies that preserve the long term economic, environmental and social sustainability of the farms they work with.

Grown and managed solely by women, these Fairtrade coffee farms tell a story of empowerment and a sense of self amongst the women who work there. These farms are looked after by collectives similar to Cedro Alto and operate in a similar way.

They ensure the land titles are assigned to the women, this offers them further personal and financial independence. There’s also an emphasis on providing the women with technical assistance, and the resources to grow sustainable crops. As well as ongoing education for the accounting and financial elements of the business to ensure they receive a fair price in return for their product.